An impending recession is dominating every news bulletin in the UK presently, warning of the stark reality that the UK is on the brink as energy prices continue to rise and the cost-of-living crisis deepens, particularly for the poorest. Virtually every major political figure and media source struggles not to blame this impending crisis on a combination of COVID overspending, as well as the current war in Ukraine.

However, as the pandemic highlighted to us, the idea that big governmental fiscal intervention doesn’t work and that an artificial limit on spending needs to be in place as a solution to the crisis, are theories which are outdated and questionable to say the least. The idea that the nation’s finances are bound by a ceiling has been disproven time and time again. For example, look at every time there’s an immediate threat of impending war, or the UK offers support to conflicts abroad. A huge swathe of money is somehow discovered and used to finance these objectives. This is not to say that the government should just willingly hand out mass amounts of money to citizens with no qualifying criteria or obligation to pay it back, but there are other alternatives than the current financial model in place.

John Maynard Keynes, the famous British economist and father of macroeconomics, once stated, ‘The difficulty lies not so much in developing new ideas as in escaping from old ones.’ The theory that a nation’s finances and value runs intrinsically and in correlation with the budget of the average household, is something which has been prophesised by the government for many years, stretching back to Margaret Thatcher. This then leads to what is commonly known as ‘austerity’, where a post-recession recovery results in a dormant economy that takes years to return to pre-crisis levels.

This argument against vast amounts of fiscal intervention to ‘balance the books’ is that as more money is pumped into the economy, people will ask for payrises and therefore deepen the economical situation even further. The reality though is that although these measures do stabilise inflation in the long term, it is at the cost of shifting disposable income from the hands of poorer families into richer ones, whilst enabling growth and profits from people who invest in the pound i.e. stockbrokers and city traders.

During the pandemic, an estimated £400 billion was spent in support throughout the UK. Take away the fact that there was a global health crisis, it’s hard to fathom £400 billion being spent willingly on welfare or infrastructure for example. This brings attention to the idea that there is a finite amount of money. Traditionally, when the going gets tough the government usually deliver in terms of financial support, yet politicians and the media seem to regularly tell us ‘money doesn’t grow on trees’. Admittedly, a large sum of borrowing is needed from the government’s regular pot of finances when a crisis hits, however this is borrowed from the Bank of England, which is ironically owned by the UK government.

Inflation has hit 9%, which is expected to rise even further throughout the year, specifically come October when another energy hike in prices is set to wreak more havoc on lower income families. Randeep Ramesh, the Guardian’s Chief Leader Writer’ states, “This is a crisis created by a spike in the price of fuel, by coronavirus, by supply chain disruption. If that’s what’s causing inflation, the Bank of England isn’t going to tame it. You have to deal with those issues differently.” Labour and Conservative argue between them that increasing tax bills and lowering tax bills will combat the cost-of-living crisis, however both of these arguments play into the ‘balancing the books’ theory. These self-imposed limits economically come at the expense of providing those in need with a good home and standard of living, arguably providing the cause and not the solution of the cost-of-living crisis.

The Keynesian approach to macroeconomics was based around the idea that when crises occur, government intervention is the saviour. His fundamental argument is that demand drives supply, as well as the fact that healthy economies spend more than they save. To create jobs and boost consumer buying power during a recession, Keynes held that governments should increase spending, even if it means going into debt. This is not to say that Keynes’ free-market capitalist approach has, and still has, its fair share of critics who point out his ideas promote deficit spending, stifle private investment, and cause inflation.

These approaches to government spending and policy are considered radical by many, however you only have to look at some of the policies in Europe to see that Keynesian approaches are in effect. To combat the environmental crisis, Austria are have in place a €1 a day public transport model in its capital Vienna, whilst Italy are proposing a 110% tax credit scheme on green home renovations. Even in the US, President Biden put a halt to federal student loan repayments, subsidised healthcare, and sent $1,400 of COVID relief to more than 100 million people across the nation.

During the pandemic, the UK government intervened through the release of COVID emergency business loans, the furlough scheme and even an increase in Universal Credit to name but a few. These were seen as a huge lifeline to millions of people, whilst its implementation wasn’t so far as questioned or argued against by politicians or the mainstream media. Last week, it was announced that a temporary windfall tax on energy companies worth £5 billion was to be introduced. This would mean every household in the UK receives at least a £400 support package to help with rising energy costs, but with OFGEM predicting come October a further 42% increase in energy bills, equating to an average £2,800 a year for every household, will this really be enough?

All of this analysing the government’s shortcomings is all well and good, but the question is what can business owners do now to combat the cost-of-living crisis?

Mitch Hahn, CEO of Nordens, believes, “One of the crucial ways to plan for any changes to operations or profits that are out of your hands is to ensure you understand and analyse in-depth your financial position. Cashflow forecasting is something that we greatly advocate for at Nordens. The benefits of forecasting are endless, providing the impetus to scenario plan, plug gaps in your business, and see where needless amounts of money are exiting your business.”

Mitch goes on to add, “As well as this, evaluating pricing structures is something which is paramount to long-standing success during a recession. Supply and demand is a key factor that determines pricing. It is important to understand your potential customer and their needs, what your competitors are offering, and the value you are providing your customer. Opening up your revenue stream by introducing a subscription-based model or a digital based service for example, will lower spending and manufacturing costs, whilst simultaneously appealing to a different market.”

Recessions are troubling and worrying times, not least for business owners, but just like the pandemic they can be looked on favourably as a great way to refresh your business and really scrutinise its systems, processes, operations, and heartbeat. This is where Nordens can help out, working with you to identify what needs recession-proofing in your business and providing the solutions to not only survive during the impending recession, but to thrive.

We hope this has outlined to you the reasons behind the cost-of-living crisis and subsequent impending recession this may bring about. If you require any further information on any anything mentioned, please don’t hesitate to get in contact with us at Nordens where one of our trusted advisors would be happy talking you through your query. 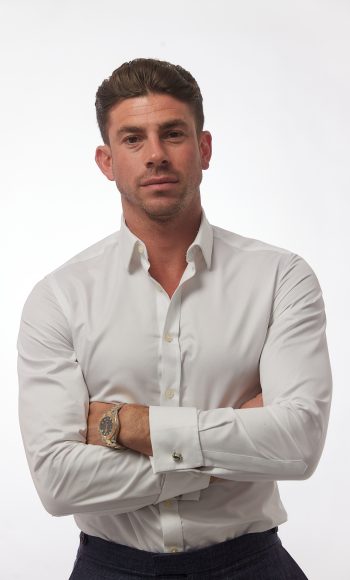