The UK’s coronavirus furlough scheme will finish at the end of October, Chancellor Rishi Sunak has confirmed.

At the No 10 briefing, Mr Sunak also set out how employers will have to start sharing the cost of the scheme.

From August, employers must pay National Insurance and pension contributions, then 10% of pay from September, rising to 20% in October.

Also, workers will be allowed to return to work part-time from July, but with companies paying 100% of wages.

Mr Sunak said the Coronavirus Job Retention Scheme will adjust so “those who are able to work can do so”.

Some 8.4 million workers are having 80% of their salaries paid for by the government – up to £2,500 a month – under the scheme, which was originally intended to last until the end of July.

Earlier this month, the chancellor extended the scheme until the end of October, but did not spell out how employers would start contributing.

Under Friday’s changes, furloughed workers will continue to get 80% of pay until the end of October, but by then a fifth of their salary will have to be met by employers.

“Then, after eight months of this extraordinary intervention of the government stepping in to help pay people’s wages, the scheme will close,” Mr Sunak said.

Asked if he would “switch the furlough scheme back on” in the case of a second peak in cases and the reintroduction of lockdown measures, the chancellor said the scheme “as it stands in a national way, in the way that it is designed” will end in October.

“Eight months, as I said, is I think a generous and long period of time,” he said.

The chancellor is attempting a delicate balancing act.

Employers must decide if they can take on an increasing burden to keep workers for whom there may be little or no work.

The chancellor says the government can’t go on meeting the full cost of the furlough scheme.

But the withdrawal is more gradual than many had feared and the government hopes that the support withdrawal will be mirrored by business demand recovering.

We may be about to find out how many real jobs are left in the post-coronavirus economy.

Employers’ claims under the scheme have reached £15bn so far, however the scheme is expected to cost a total of around £80bn, or £10bn a month.

How will the scheme change?

From 1 July, businesses will be allowed to bring furloughed employees back part-time, a month earlier than previously announced. The move is aimed to help support people back to work, the government said.

It will be down to individual firms to decide what part-time means. They will be able to set the hours and shift patterns staff will work when they return, but companies will have to pay wages while they are in work.

From 1 August the level of government grant will be reduced “to reflect that people are returning to work”.

Furloughed workers will continue to receive 80% of their pay, but from August it will include a growing employer contribution. It will start with bosses paying NI and pensions in August, plus 10% of pay in September, rising to 20% in October.

How employers’ contributions will increase?

During August the government will pay 80% of wages up to a cap of £2,500. Employers will have to pay NI and pension contributions. For the average claim, that’s 5% of the gross employment costs the employer would have incurred had the employee had not been furloughed.

In September, the government will cut its grants to 70% of wages up to a cap of £2,190. Employers will pay NI and pension contributions and 10% of wages to make up the 80% total up to a cap of £2,500. That works out at 14% of the average gross employment costs the employer would have incurred.

In October the government grant will be cut to 60% of wages up to a cap of £1,875. Employers will pay NI and pension contributions and 20% of wages to make up the 80% total up to a cap of £2,500. That’s 23% of the gross employment costs the employer would have incurred had the employee not been furloughed.

To help all of our clients, we are claiming furlough for them at OUR cos t as an investment to our clients and the economy. If would like any further support or assistance, please get in touch with us at enquiries@nordens.co.uk or 020 8530 0720 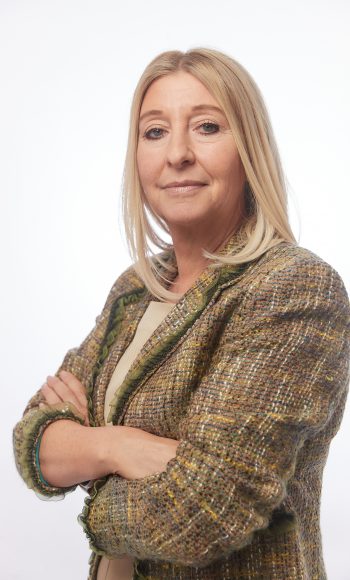