This week, HMRC released their annual report and accounts for 2021/2022. It covers the performance over the period of 1st April 2021 to 31st March 2022, analysing and documenting HMRC’s operations, resources spent and how many people its helped over the past tax year. These reports usually paint a glossy picture of life over at the government’s non-ministerial department, complete with headline statistics and a declaration of how HMRC are valuably supporting the economy.

However, the truth is that over the past year, the strain on HMRC has reached boiling point. With the COVID loan fraud debacle, as well as the overwhelming backlog of enquiries, the relatively small uptake of Making Tax Digital (MTD), as well as the shocking fact that the current Chancellor of the Exchequer, Nadim Zahawi, is presently being investigated over his tax affairs, HMRC are truly facing a crisis.

We break down the reported achievements of HMRC over the past tax year, what needs to be done to improve this vital public service, and why things need to get sorted fast before economic uncertainties begin to spiral in decline very soon….

It was reported by HMRC that £731.1 billion of total tax revenues were collected in the 2021/2022 tax year. As well as this, £30.8 billion of additional tax was generated through tackling avoidance, evasion and other non-compliance, whilst the 2020/2021 UK tax gap (the difference between the total amount of tax expected to be paid and the total amount of tax actually paid during the financial year) was estimated at 5.1%.

Some of the other headline statistics released in the report included a predicted £4.3 billion protected and saved from HMRC’s activity in tackling serious fraud, a 57.6% reduction in reports of HMRC-branded phone scams during 2021, and 12.3 million children supported through Child Benefit payments.

It was also documented that over £98 billion of support has been paid out to businesses, households and self-employed people through COVID-19 financial support schemes since their corresponding launches. Despite recent reports of HMRC and the Insolvency Service prioritising their resources in dealing with the COVID loan fraud from illicit businesses, not much was made regarding the news that 1 in 3 UK company directors struck off in recent months had abused the coronavirus loan schemes or job support programmes.

HMRC’s Chief Executive, Jim Harra, stated in the report, “The period since the start of the COVID-19 pandemic has been the most remarkable I’ve experienced in my career, and it’s been a privilege to lead HMRC during this time.”

He went on to say, “We played a vital role in the government’s economic response to the COVID-19 pandemic, protecting millions of jobs and supporting our customers during unprecedented circumstances. At the same time, we supported the UK’s transition from the EU, while keeping core tax administration services running.”

Despite the somewhat impressive headline figures in the annual HMRC report, the vast majority of UK taxpayers are currently facing crushing anxiety surrounding the cost-of-living crisis. The fact is that energy prices have soared and will continue to increase come October 2022, as well as product and service costs rising exponentially as a result, yet this report hardly even mentioned this at all.

Admittedly, all public government resources are stretched in some capacity or another due to the economic uncertainty and rise in inflation, but the calls from the public for the government, and HMRC in particular, to do more are as resounding as ever. A large proponent of the HMRC’s conveyed image in the eyes of the UK taxpayer is through long wait times on calls, and huge breakdowns in communication.

The report brisked this over with the inclusion of the eye-catching figures of ‘92.9% webchat adviser attempts handled’, as well as ‘45.5% of all customer correspondence turned around within 15 days’. These figures do not paint the full picture of reality, especially from an accountancy and finance perspective where correspondence and support has been known to be severely lacking.

Furthermore, the well-documented failures of the Making Tax Digital (MTD) campaign in moving over all VAT-registered businesses to digitally filing and reporting their accounts has been repeatedly acknowledged. HMRC stated in their report that 1.7 million businesses had signed up for MTD since its launch, yet according to the ONS there are over 2.77 million VAT and/or PAYE businesses in the UK.

This means that nearly 30% of all UK VAT-registered/PAYE businesses are yet to sign up despite the numerous extended deadlines. This doesn’t look promising at all, especially with the challenging last phase of the MTD rollout coming in April 2024 for all income tax self-assessment (for self-employed businesses and landlords with annual business or property income above £10,000).

The guidance, support, and promotion from HMRC to the public and businesses just hasn’t been there to appropriately achieve these hopeful MTD targets. A more robust approach to work with accounting firms and public services in educating and making people aware of MTD has been continuously proposed and addressed, yet none of this appears to be materialising. Understandably as mentioned, these calls for improvement to HMRC come at a time when the economy is under severe, demanding pressure. Whether the plead for change will begin to dim, or HMRC heed the call, the future of HMRC is at a crossroads. The economy is reliant upon its next moves.

We hope this has outlined to you the main highlights of HMRC’s annual report and accounts of 2021/2022. If you’d like to know any further information on anything mentioned, or anything accounting related for that matter, please do not hesitate to get in contact with us at Nordens, where one of our trusted advisors would be happy talking you through your query. 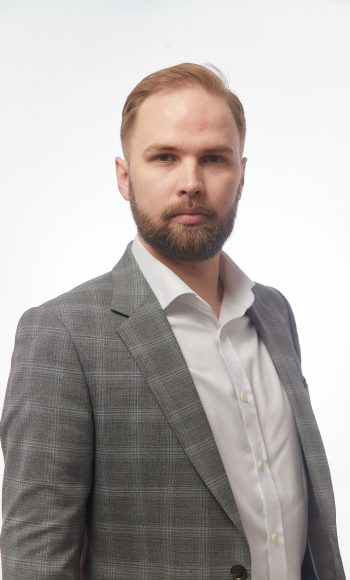