Insolvency is on the rise, there’s no question about it. With the news that the government are set to write off over £4 billion in fraudulent COVID loans, many are pointing towards a huge reshuffle in how insolvency practitioners operate. The government’s long-term plan aims to claw back the colossal amounts of money gifted to illicit business owners through reforming and regulating the insolvency service.

We spoke to Nordens’ Director of Strategic Consultancy, Joe Sword, as well as his Strategic counterpart and insolvency expert, Olga Wilson, about the obtaining of fraudulent funding during the pandemic, how the taxpayer will be affected, and where insolvency is heading in the future…

Do you think that the government, and HMRC in particular, could’ve done more or will do more to recoup the £4.9 billion of fraudulent COVID loans?

JS: Generally, I think there is always going to be an element of defaults, given the scale of the lending and the crisis everyone was facing. I do think the write offs have been announced very quickly without a clear explanation regarding the extent of procedures that have been followed to recover it.

That aside I feel the bigger issue was the set-up of the Bounce Back Loan scheme itself. I believe the government made it too easy for fraudsters to access the funds and more prevention measures and checks should have been done before releasing the funds. This could possibly have included a look into trading history limitations or dilutions of the business owner, providing more detailed evidence of the credentials ahead of the awarding of huge amounts of money.

Just how do fraudulent businesses achieve being granted COVID loan funding, but find a way out of repayment?

OW: I think firstly there is a difference between fraud and a legitimate business being swallowed up by the effects of the pandemic. So, if we look at the former, effectively the business has taken COVID support, whether that is furlough or the BBL, and has taken the money to be used for non-business purposes.

They will then look to wind the company up through a formal liquidation and close it down. Nowadays with tighter regulation if it can be proved that the business owners used funds for their own personal benefit, the liquidator is obliged to investigate the use of funds which could see company directors pursued personally. This makes it more difficult for company owners to successfully carry out small scale fraud.

What do you think will be the impact on the taxpayer of the writing off of these fraudulent COVID loans?

JS: You only need to look at recent announcements on tax and national insurance increases, energy prices skyrocketing, and interest rates rising, all contributing to a constantly increased cost of living.

I’m concerned about the future of UK business and people in several areas. I think it is important that the government steps up control of monopolies, so the consumer is left with some choice. When there are no or minimal viable alternatives, especially with things as fundamental and necessary as energy, it can lead to an uncontrollable spiral of costs.

You have to hope that with rising inflation (albeit the rises are more of a ‘reset’ that bring us back towards 2017/2018 annual levels) the government will manage the impact of the financial stimulus given during COVID in a gentle way. The impact is then eased across a period of time rather than just a huge spike. A drastic rise could create a vicious circle of businesses and individuals needing more support again, without due control and correction of certain policies.

3 key things I would like to see the government focus on in the near future:

Do you think that the government’s proposed reform of the insolvency service is viable? Do smaller insolvency firms lose out in the long-term?

Like many grand announcements by the government in recent years, I think elements of it make sense. There is however more fraud happening than ever before, so support is needed, whether that be from government or related bodies. There are also concerns about whoever the government decides is the single regulator having consistent available capacity to take on these new ‘projects’, and alongside that the delivery to fulfil this project under budget.

I am also concerned in the sense that the government are effectively criticising the bodies currently carrying out the regulation, but still rely on their ethical principles to ensure good faith in other areas. Obviously regulating the firms, as well as the individuals, should help to reduce or remove the conflict-of-interest threat which can only be a good thing. Whether this proposal will actually get to the root of the problem and make the insolvency process fairer, better and more effective or just make the process more costly and lengthy (which will likely lead to those increased costs, inevitably being passed onto the taxpayer by the end) remains to be seen.

Where do you see the rate of insolvencies heading over the next year, up or down?

JS: Unfortunately, I feel overall the rate of insolvencies will rise, as HMRC increases its pursuit of fraudulent companies. Moreover, there are also companies that have just been unable to make it through this pandemic. Gradually the tailing off of support packages which have been deferring the inevitable, will ultimately cease leading to a spike in insolvencies. However, this should be taken relatively because of the global pandemic. Many weak businesses have been exposed and pressured possible, so it was inevitable many of them would suffer significantly.

I would like to think that on the other side of the coin, businesses that have made it through have learned many lessons and are now leaner, meaner, and stronger than ever before. This will go some way in reviving and stimulating our economy to ensure everyone can bounce back quicker.

We hope this has outlined to you the proposed reform of insolvency services, as well as the scale of the fraudulent loans coverup. If you require any further information on our insolvency services, any government legislation, or anything accounting related for that matter, please don’t hesitate to get in contact with us at Nordens where one of our trusted advisors would be happy talking you through your query. 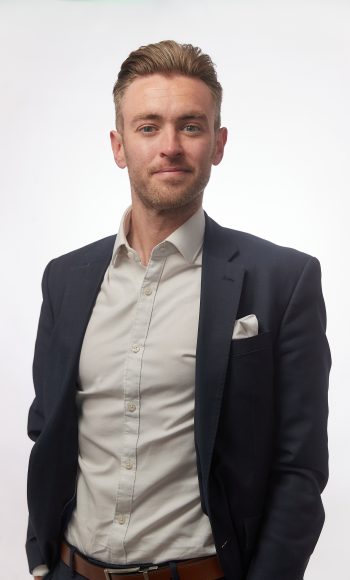