If there’s one thing that has become normalised during the Coronavirus pandemic, it’s working from home. More people than ever have been given no other option than to carry out their jobs remotely, which was one of the first pieces of guidance released by the government back in March 2020. Whilst there was a stigma with employees carrying out their roles within the comforts of their own residence or hybrid working (a combination of working from home and coming into the office), that has swiftly changed with 46.6% of people in employment doing some work at home according to the Office of National Statistics (ONS).

Whilst many employers have been anxious to implement working remotely for their staff, it has forced the large majority of businesses to rethink their logistical approach in terms of office space. Once the pandemic is over, numerous companies have already stated that they will continue to have employees working from home, potentially ushering in a new permanent culture of workspace living.

We examine just how successful working from home can be for businesses, why it’s not for everyone and the prospective knock-on effects that the economy and society will encounter in the future.

There’s always one question which flags up when on the topic of working from home; are people actually doing any work? The age-old myth that employees bum out on the sofa whilst watching daytime TV and drinking their weight in tea has heavily contributed to the taboo of people working remotely.

The social interaction of collaborative creativity in the workplace is also an argument that employers have relied upon. With software programs such as Microsoft Teams and Zoom becoming widely used over the past year, the previously thought antisocial aspect of remote working is has been all but dispelled. These programs have allowed workplaces to form close knit and innovative communication methods, perhaps even spurring on increased interaction compared to office-based working. This has culminated in an average of 45 minutes saved per week by workers collaborating with colleagues, as well as an 18.9% reduction in meetings, according to one study.

When it comes to overall productivity, no one hypothetically expected the results to be as successful as they have been. According to another study, remote employees work 1.4 more days per month than their office-based counterparts, resulting in more than three additional weeks of work per year. Additionally, 58% of workers in the UK said they had been more productive as a result of working from home.

There have also been calls for employers to cover a portion of remote worker’s rent due to companies saving on office rent, taking inspiration from a Swiss court ruling back in 2019. This isn’t expected to translate to the UK any time soon, particularly during the present economic crisis we’re experiencing, yet it provides food for thought as to how workers can gain further incentives for home-working other than saving on commuting costs.

The other potential positives from remote or hybrid working are that employees can focus on personal hobbies becoming easily accessed. Practices such as morning meditations, afternoon runs or even learning a new language can easily be incorporated into an individual’s day and therefore enable better physical and mental well-being, as well as creativity. Furthermore, it is predicted that with remote working likely becoming increasingly popular post-COVID, more people will move out of large cities and integrate into local communities, bolstered by a lower cost of living and a higher quality of life.

It all seems like a glorious utopian landscape, however there is an obvious flaw to remote working in that not everyone can feasibly do it. Healthcare and construction workers are obvious examples of people who cannot carry out the majority of their roles within the confines of their own homes, if not at all. It’s also worth stating that many low skilled jobs are exempt from the ‘remote working’ phenomenon, such as cleaners or social carers.

The repercussions of more people working from home and departing the office can also have negative consequences, with businesses like cafes and restaurants relying on ‘lunch meetings’ or the ‘coffee run’ to stay afloat. The hospitality and catering sector depend on office workers regularly buying produce, so dispersing those office workers across different boroughs and regions through remote working will glaringly reduce profit margins for the entire industry. Having said this, there is a potential for more regional cafes and restaurants to experience a boom during the economic regrowth of the next few years due to mass migration outside of large cities. On the other hand, catering establishments within business districts will certainly see a fall and are expected to see mass folding as a result.

On the face of it, remote or hybrid working features many benefits for both employers and employees, yet unfortunately it just isn’t possible for a large number of industries and jobs. That being said, the evidenced positives of remote and hybrid working have been overwhelming, exceeding expectations and evolving many industries by decades. The focus on technology and using it to bridge gaps whilst also furthering a business’s offering has been remarkable to view and given many companies a new lease of life.

Only time will tell whether offices become thriving hotspots again or simply a thing of the past once the pandemic is over. The focus on staff wellbeing has been admirable and, some would argue, long overdue. To quote the famed academic journal The Missing Opportunity in Organizational Research (Blumberg, M and Pringles, C), “A happy worker is a productive worker, that is, satisfaction leads to performance.” 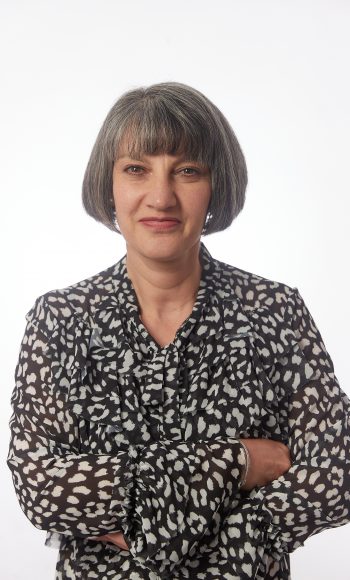